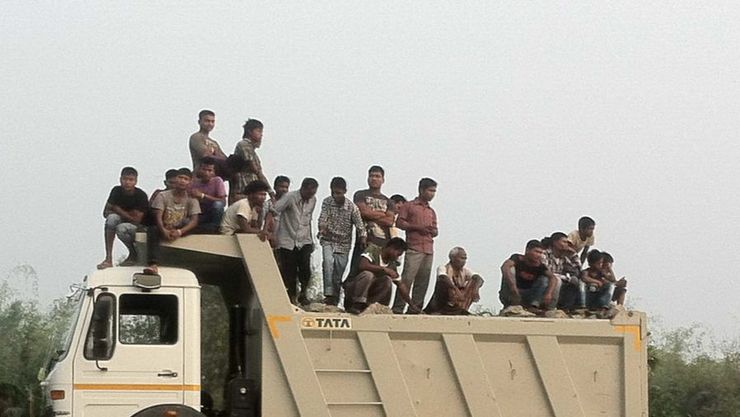 Shelter Promotion Council (India) is a Non Governmental  Voluntary Organisation consisting of social activists, architects, engineers, scientists, artists , environmentalists and planners. . The council has produced public art festivals in Sikkim called Blooming Sikkim Public Art Festival and Hornbill Public Art Festival in Nagaland , the first of its kind which comprised   a melange of new media art  and contemporary art addressing issues of socio political and environmental nature in North East of India . Recently it has produced No Man's Land , a public art  project at the international border of India and Bangladesh in East Khasi Hills ,Meghalaya . Artists from across the border came and did site specific work , a first of its kind.
Shelter Promotion Council (India) was established in the year 1986 with the objective of promoting the cause of Housing and all round development of Rural and Semi-urban areas with special emphasis on the economically weaker section (EWS) of Society. It is a Voluntary Organisation consisting of social activists, architects, engineers, scientists, environmentalists and planners. Presently the Council is engaged in housing and rural development work in West Bengal, Orissa, Arunachal Pradesh, Assam, Tripura, Sikkim and Meghalaya.

The Council’s approach areas may be summarised as improving the Infrastructure Network, especially, water supply and sanitation facilities in the Rural and Semi Urban Areas and restoration and improvement in the densely populated cities. Since its inception, the council is involved in Seminar, Workshop and Symposium on Housing, Environment & Non-conventional Energy organised in different districts of East and North east of India in association with various Engineering colleges with financial support from AICTE. They are also involved with Neighbourhood Awareness Programmes and Housing Fair organised in West Bengal.