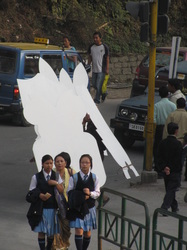 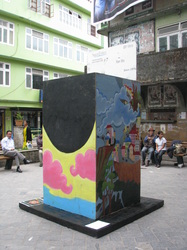 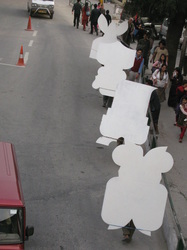 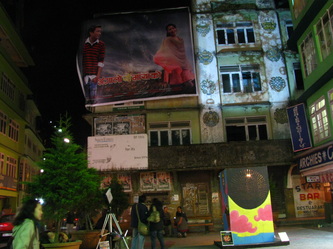 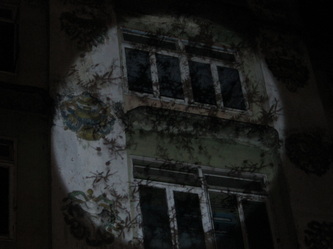 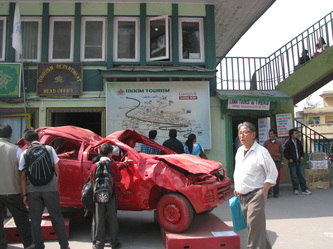 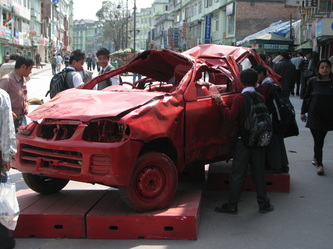 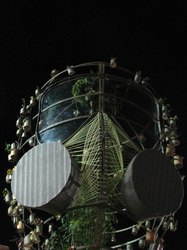 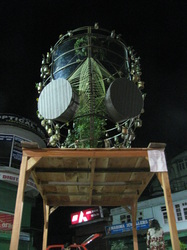 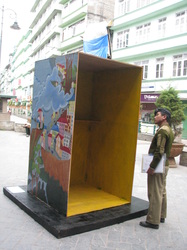 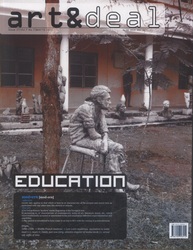 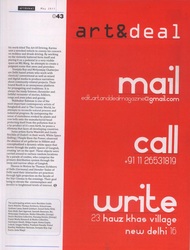 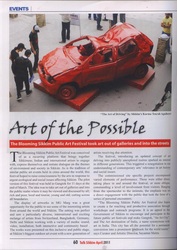 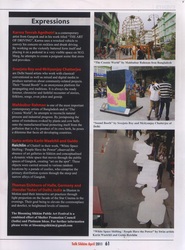 The Blooming Sikkim Public Art Festival was conceived of as a recurring event that brings together Sikkimese, Indian and international artists to engage with, express themselves and initiate dialogue on the themes of environment and society in Sikkim. In the tradition of similar public art events held in cities around the world, this festival hopes to raise consciousness by the arts in response to urgent ecological issues affecting Sikkim and the world.

The pilot version of this festival, was held in Gangtok for 11 days at the end of March, with artists from Switzerland, Bangladesh, Germany, Delhi and Sikkim working with a variety of media: sound, video, installation, interactive and community based. The resulting artworks will be displayed in public spaces such as M.G. Marg, the idea being to take art out of galleries and into the public realm where it may be viewed and discussed by all; rich and poor, local and tourist, young and old; cutting across all boundaries.

To sustain the impact of such dialogues on the way people view and use their environment and to facilitate a platform for local and visiting artists to interact with local communities, the Blooming Sikkim Public Art Festival hopes to not only repeat such events in the future but also to create a far reaching and productive association through workshops and outreach programs.


The artist participating in the festival this year are:

In his work titled “THE ART OF DRIVING”, Karma proposes to use a wrecked vehicle to convey his concern on reckless and drunk driving. By working on the violently battered form itself and placing it on a pedestal in a very visible space on M.G. Marg he attempts to create a poignant scene that awes and provokes. This work comprises a part of an ongoing thought process that will eventually culminate in a series of such wrecks strategically positioned all along the highway from Rangpo to Gangtok.

Sreejata Roy and Mrityunjay Chatterjee are Delhi based artists who work with classical/conventional as well as mixed and digital media to produce narratives about community-related projects.Their “Sound Booth” is an anonymous platform for propagating oral traditions. It is always the ready listener, chronicler and faithful recounter of stories, folklore, songs, even jokes and gossip.

Mahbubur Rahman is one of the most important contemporary artists of Bangladesh. He lives and works in Dhaka. In “The Cosmic World” Mahbubur attempts the reconcile natural process and industrial progress. By juxtaposing the sense of rootedness evoked by plants and cow bells onto the manufactured head protecting itself from the pollution that is a by-product of it's own birth, he poses a dilemma that faces all developing countries.

Swiss artists Karin Waelchli and Guido Reichlin of Chalet5 understand art practices as a way of research. While they appreciate the capability of white space art galleries for providing room for reflection and concentration, the artificial nature of these spaces make them interested in softening and widening the boundaries of the context, and try to establish connections between publicness and privacy. In “White Space Shifting / People Have the Power” they observed the absence of art galleries in Sikkim and conceptualised a dynamic white space that moves through the public spaces of Gangtok, creating “art on the spot”. Taking off from their “Moving Patterns” series they have created four pictorial objects of abstract symbolism whose iconic origins remain secret. These objects will be carried around to various pre-selected and random locations by a parade of coolies, who comprise the primary distribution system through the steep and narrow alleys of Gangtok.

Illusion in Motion (Thomas Eichhorn of Halle, Germany and Jitender Yadav of Delhi) is a multidisciplinary team with firm foundations in the solid realm of the built world and branches reaching into various fields like new media, interactive art, film making and creative consulting. Their interactive light projection on the facade of the Star Cinema was viewed every evening of the festival from 6-9pm.